In the corporate world, few things will produce as much culture shock as moving from a Fortune 500 company to a startup. But that’s exactly what Joel Krutz did. Learn everything you need to know about becoming a sustainable CFO in our video episode.

After putting time in at some of the biggest companies in the world (BBC, BP, & ViacomCBS) he made the move to an environmental sustainability startup.

But how do you make that switch without culture whiplash? Thankfully, Joel had some skills that he brought with him.

Want to hear more about Joel and his journey, as well as his advice for anybody looking to make the move to the startup world? Listen to his entire interview and check out our blog. 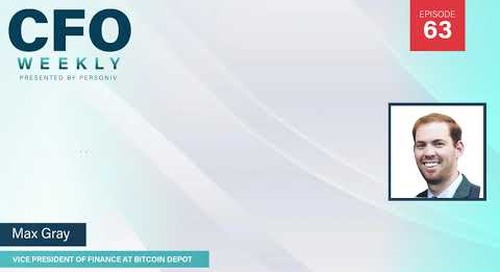 Business Automation: Love It or Hate It, You Need to Learn It w/ Max Gray | Video Episode 63

Automation has the power to free us up from menial repetitive tasks. The last thing you want is someone on ... 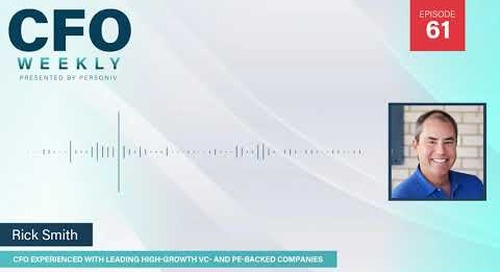 The CFO role is one marked by constant evolution. Not only have the expectations for the position evolved d... 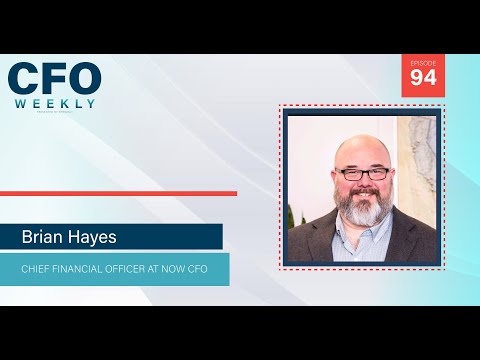 For a CFO, numbers are everything. 🔢 But for a successful CFO, numbers are only the beginning of the journey. But let's see what our guest today has to say about his role as a CFO. Brian Hayes, Chi 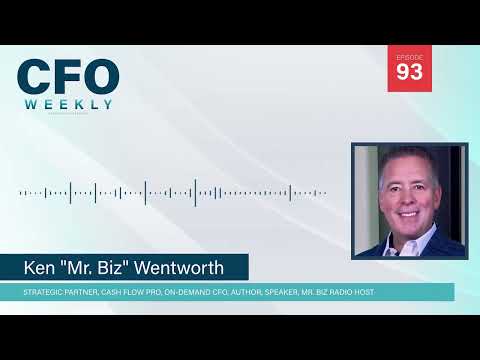 Stop faking the funk and change your life. That is a life principle Mr. Biz lives by and teaches other people. Have you ever heard of him? If you are a business owner looking to boost your profits, 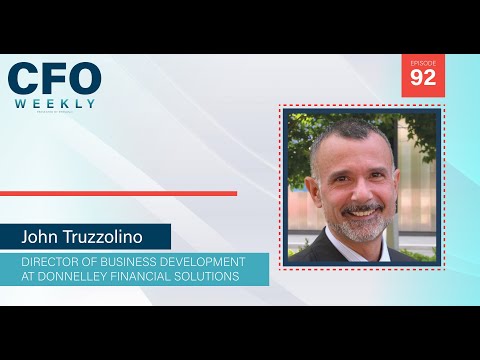 30:24
Why CFOs Should Be the Driving Force Behind the ESG Strategy w/ John Truzzolino | CFO Weekly, Ep. 92

Why is ESG more important now than ever for companies and investors? 🚩 In this episode of CFO Weekly, Megan Weis is joined by John Truzzolino, Director of Business Development at Donnelley Financial 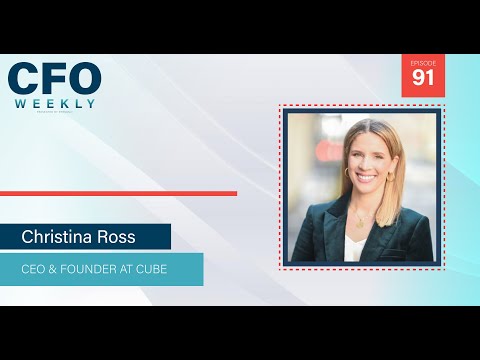 How can finance teams become the key strategic value drivers of every organization? 📈 Christina Ross, former CFO turned Founder/CEO of Cube, talks about her mission of helping finance leaders become 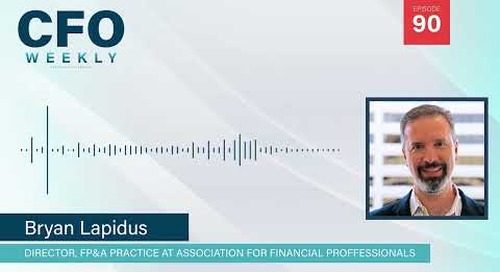 How can financial pros take their careers to the next level? 🆙 Bryan Lapidus, FPAC, Director, FP&A Practice at the Association for Financial Professionals shares why financial leaders need to focus o 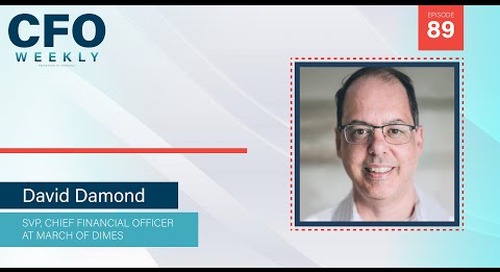 The role of a CFO at a nonprofit organization 👐 Our guest, Dave Damond, Sr VP/CFO at March of Dimes shares what it takes to become a successful CFO in the nonprofit space. Check the episode's blog i 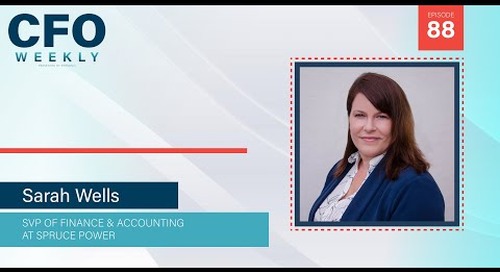 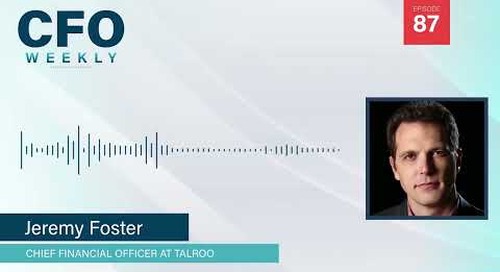 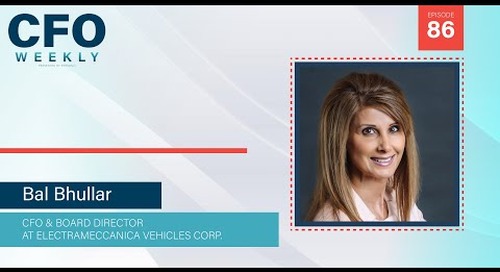 27:52
Transitioning Towards the Growth Stage in Your Company w/ Bal Bhullar | Video Episode 86

What do CFOs need to know to grow a company successfully? Our guest, Bal Bhullar, CFO of ElectraMeccanica Vehicles, details how to prepare for transitioning the business towards the growth stage. 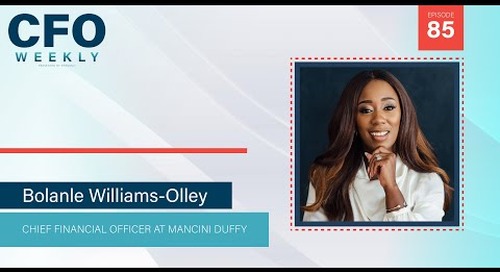 How does technology improve a business? 💻 Our guest, Bolanle Williams-Olley, CFO and Co-Owner of Mancini Duffy shares her thoughts on the influence of technology on business processes and success. 🚀 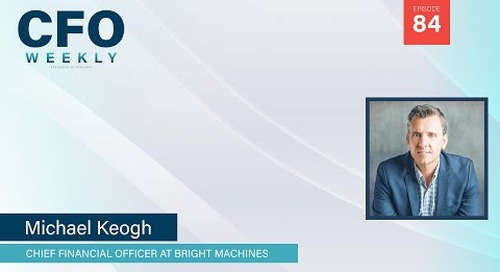 How can CFOs prepare to transition to a publicly-traded company? 🏢 Our guest, Michael Keogh, CFO at Bright Machines, explains the power of a reliable network and a well-built team. 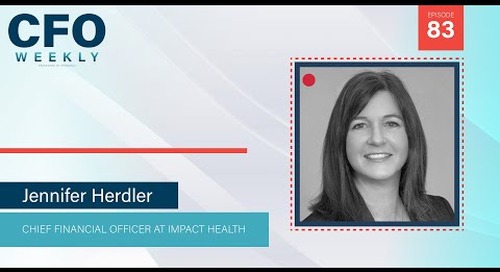 What does the role of a CFO entail? Learn all about the CFO driving change management in this video ℹ️ Our guest, Jennifer Herdler, CFO at Impact Health, shares some insights about her role. 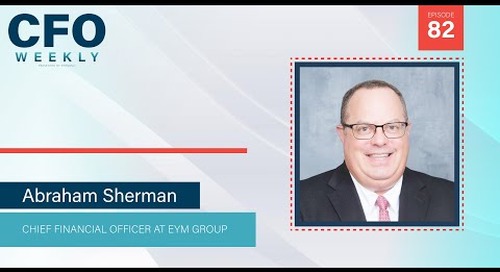 What do CFOs need to know before joining a franchise company? ℹ️ Our guest, Abraham Sherman, CFO at EYM Group, shares the role of a franchise CFO and some of the specific challenges he faces. Read on. 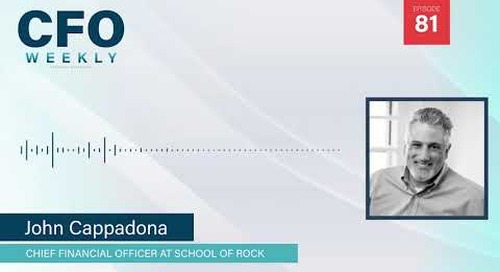 What does a successful scenario planning and forecasting process look like? ? Read on as our guest, John Cappadona, Chief Financial Officer at School of Rock, shares some tips. 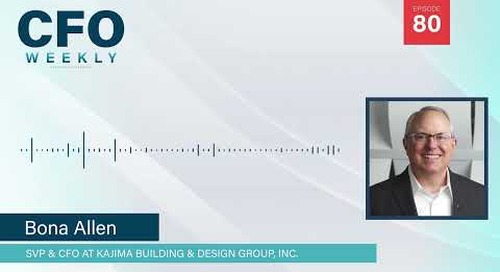 How do you manage supply chain challenges (during COVID)? ? Our guest, Bona Allen, the Senior VP & Cfo at Kajima Building & Design Group, shares his expertise and pieces of valuable advice. Read on. 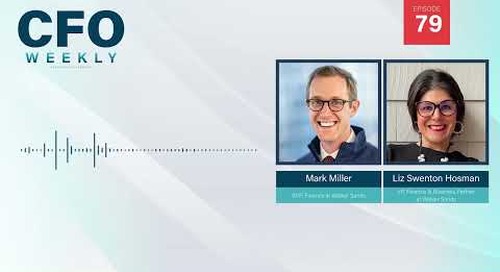 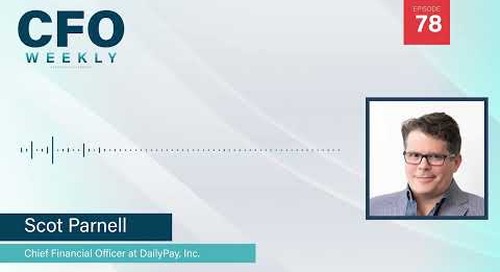 What is on-demand pay? ?‍♀️ Our guest, Scot Parnell, Chief Financial Officer at DailyPay, shares insights about a topic new to the market, on-demand pay. For more tips, check out the complete episod 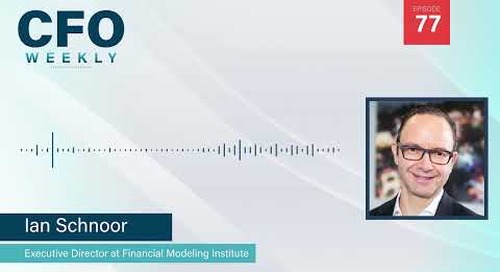 How can financial modeling ensure the success of your business? Our guest, Ian Schnoor, CFA, CFM, Executive Director of the Financial Modeling Institute, shares his thoughts on the topic. 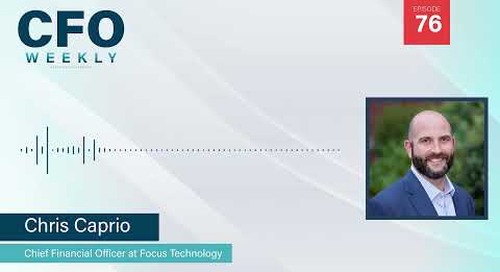 How does the role of a CEO evolve today, and where is it heading? ? Our guest, Christopher Caprio, the Chief Financial Officer at Focus Technology, shares his thoughts on the evolving role of the CFO 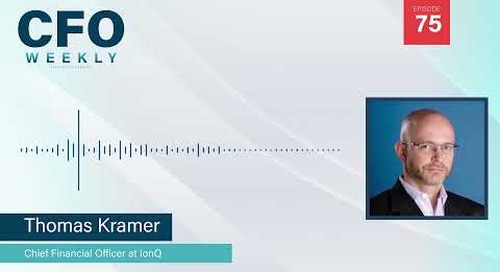 What are the benefits of going public through a SPAC? ? Our guest, Thomas Kramer, the Chief Financial Officer at IonQ, shares insights on the pros and cons of both SPAC IPOs and traditional IPOs.