Home » All Insights » From Reseller to Manufacturer: What You Need to Know [CFO Weekly] Episode 24
× Share this Article

One of the biggest challenges a company can face is making the transition from being a reseller to a manufacturer. To go from simply putting your logo on someone else’s product and selling it, and actually manufacturing your own product.

With the transition comes a lot of challenges, but also a lot of benefits. Like most things, it’s a decision that really requires you to carefully assess your company and whether or not you can efficiently make the transition.

That’s why on this week’s episode of CFO Weekly, we talked with Rick Mills. Rick is the Chief Financial Officer at Headsets.com, and our discussion centered around his company’s decision to move from being a reseller of product to a manufacturer. What led to the decision to make the transition? What were the challenges? What were the benefits? How has COVID impacted their company?

Why Switch from Reseller to Manufacturer?

Headsets.com was founded in 1997, and around the year 2000, they began to form their existing mode of operations, which is to be a high-service, high-touch operation. To really help customers that need quality customer service.

Back in the year 2000, the internet wasn’t quite what it is today, and you could market resell products, and that marketing would come back to you in the form of sales calls or direct calls. But over time, the internet changed. It took fewer and fewer clicks to get a manufacturer’s product directly, and so they had a decision to make.

Did they want to remain a reseller? Or did they want to have their own product? So they decided to make the jump and move to a “white label” product, where they contracted with a supplier to exclusively manufacture a product for them that had their label. But that didn’t last long, as they ended up in competition with the manufacturer for other similar products. This led to the transition to their own branding, production, and manufacturing, and ultimately business growth.

Challenges While Making the Switch

As you can imagine, there are challenges in making this transition. The biggest one for Rick and his team was the longer time frame to work out the kinks with a product. Before, they didn’t deal with quality control in factories, as they weren’t the ones manufacturing their own product.

“The biggest challenge in our transition was that when you’re developing your own products, there’s a much longer time frame to work out the kinks. You’re dealing with factories and quality control issues, which we never dealt with before," Mills said.

But now, they’re in charge of the product. It’s their job to ensure that a product works the way it’s supposed to work before it goes to market, not make the discovery after it’s already being used by the customers. They have to work with their facilities to ensure the highest level of quality control possible.

The Benefits of Being a Manufacturer

This transition brought a lot of benefits. The first? A stronger control over the supply chain. Obviously when you’re producing your own product you have much more control. You don’t have nearly the unit commitment that you have when you’re reselling. You have much more control over how much of each product is manufactured, and that control allows you to help save money and pass those savings on to your customers.

“One of the biggest benefits for us was more control over our supply chain, and not having as many commitments to buy product from our manufacturers," Mills said.

The other benefit is an increased focus in marketing efforts. You know that all the sales will come back to you, because it’s your product. You’re not throwing marketing dollars out there only for the customer to go buy direct from the manufacturer. You can sell on Amazon for instance, and not have to worry about people buying from resellers, because you’re the only one selling your product.

Adjusting to Changes in the Economy

Like every other business, COVID had a huge impact on Rick and his team. Initially, it worked in their favor. With everybody working from home, more and more people needed headsets to make that remote work a reality, and Rick and his team saw a 50% increase in sales for roughly seven weeks.

They did see a dip when things began to level out a bit, but for the most part, Rick says, they were lucky. Again, because they have a lot more control over their supply chain, they were able to scale back production in order to not have as much inventory sitting around not being sold.

The Bottom Line - From Reseller to Manufacturer

Making that transition from a reseller to a manufacturer isn’t an easy task. There are a lot of moving parts, a lot of things to think about, and a lot of analysis to do of your company. Can you effectively put this into place without disrupting things like revenue streams, customer service, or product integrity? If so, then this transition just might be for you. 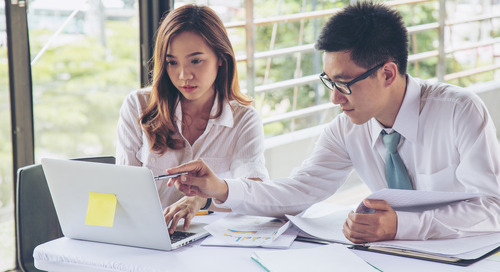 Retaining Accounting Talent: How To Make Your Team Stay

If you're struggling with the all-too-common challenge of retaining accounting talent, there's at least a l... 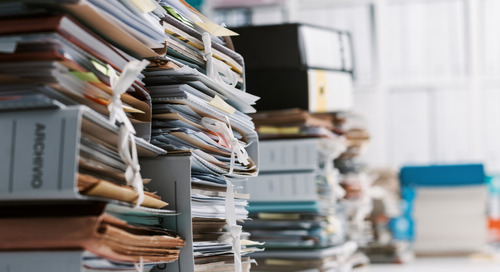 Struggling to Close the Books: Why It's Happening & How to Fix It

Whether you're doing it at the end of the month, quarter or year, when you're struggling to close the books... 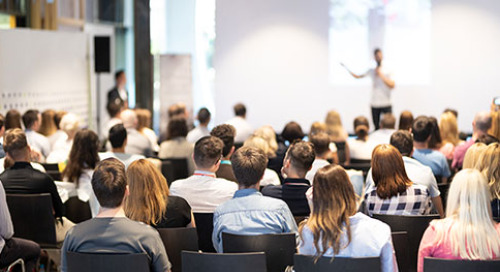 Over the past year and a half, we’ve spoken to 50-plus CFOs and financial leaders, and they’ve shared a few nuggets of wisdom on how to build a winning business strategy during unprecedented times... 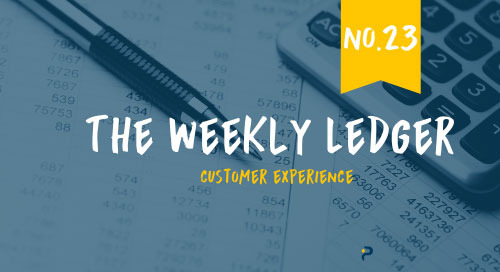 The Ledger No. 23: Customer Experience 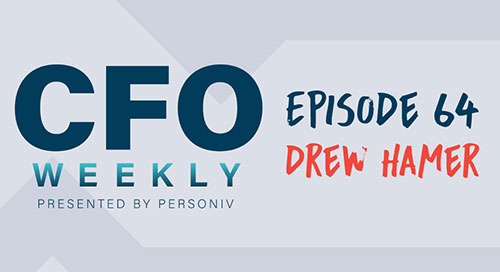 SPACs & The Future of the Finance Function

SPACs provide companies with another tool to ensure future liquidity and create valuable shareholder returns. But if you are considering this route over an IPO, there are some things you need to know. 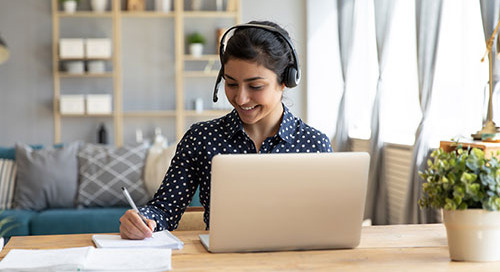 How The Pandemic Has Changed Customer Experience (CX) & How To Adapt

If the pandemic has taught us anything, it’s how CX has changed to reflect the new normal. The way consumers interact with businesses has evolved and vice versa. Read on to learn how to adapt. 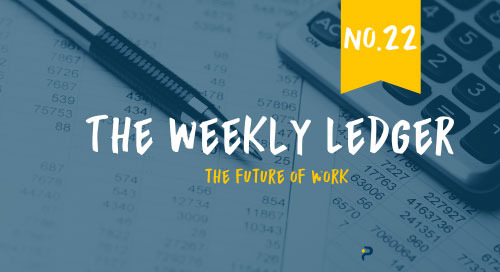 The Ledger No. 22: The Future Of Work 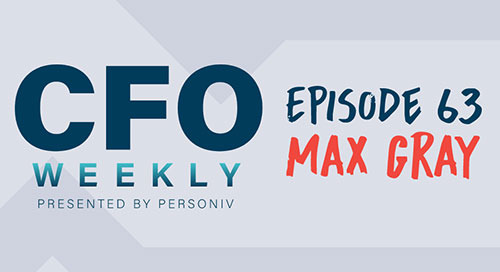 The Benefits of Automation: When (& When Not) To Automate

Automation has the power to free us up from being stuck on menial repetitive tasks and do what we were hired to do. But without knowing when to automate, you risk wasting even more time. learn more. 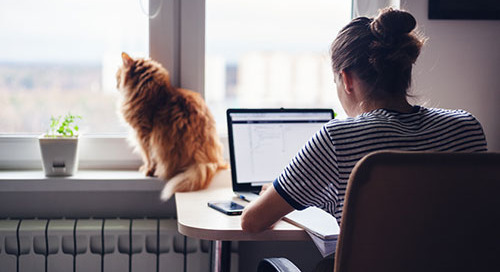 Embracing The Future Of Work: Reimagining Company Culture As A Virtual Employer 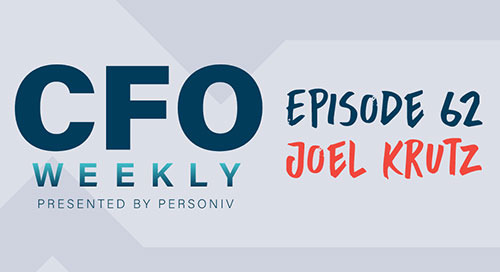 Imagine you’ve spent the better part of two decades as a CFO at one of the largest companies in the world. Then, you find a great opportunity in a startup. Learn more. 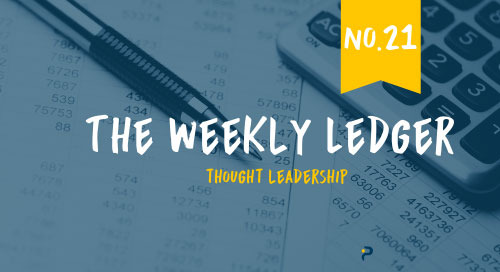 The Ledger No. 21: Thought Leadership

On this week’s entry, we’re diving into the topic of how to hire the right manager for your department. Read on to explore how to utilize LinkedIn for financial thought leadership + more. 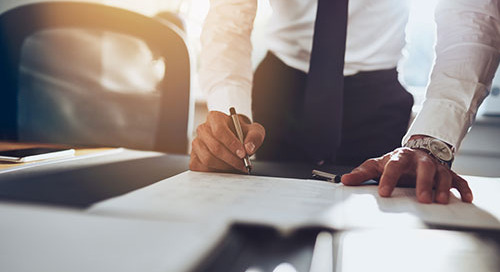 Top CFO Thought Leaders to Put on Your Radar

While you’re working your way through our treasure trove of podcast goodness, we wanted to give you a treat: a list of the top CFO thought leaders to put on your radar. 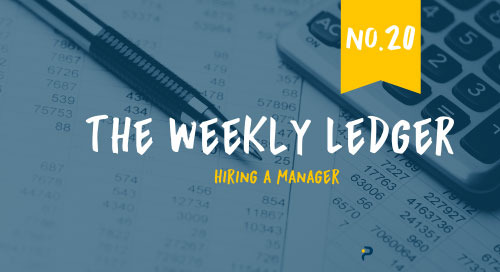 The Ledger No. 20: Hiring A Manager

On this week’s entry, we’re diving into the topic of hiring the right manager for your department. Read on to learn what the worst traits of a manager are, how to hire a manager for skill + more. 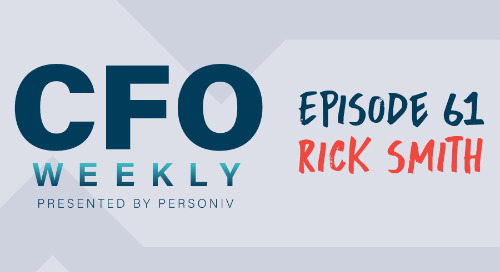 The Progression of the CFO Role

The CFO role is one marked by constant progression. Not only have the expectations for the position evolved dramatically in recent years, but to succeed as a CFO, you must be willing to evolve, too. 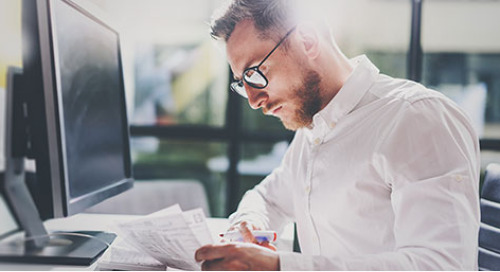 Hiring a Top Financial Controller: What to Look For

If you’re set on hiring a controller, you probably know that recruiting and retaining a person in this position benefits the company in more ways than one. Learn what you need to look for. 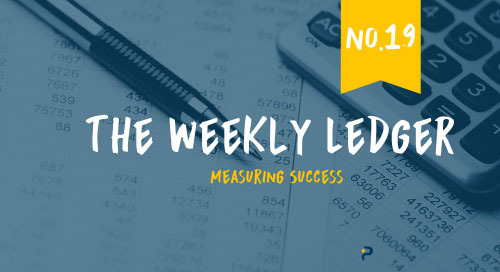 The Ledger No. 19: Measuring Success

On this week’s entry, we’re diving into the topic of how to measure success in a business and how companies can utilize that data to propel their company forward. Read on to learn what metrics are key 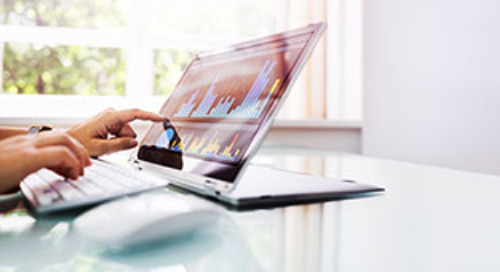 How To Measure Success In The Accounting Department: What Are The Top KPIs

Measuring success in accounting is about more than just crunching the numbers. It’s about getting the right data and analysis to propel your company forward. Learn everything you need to do it right. 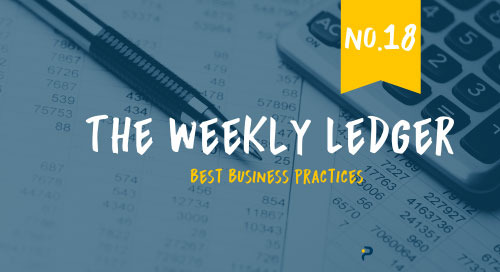 The Ledger No. 18: Business Best Practices for Business Growth

On this week’s entry, we’re diving into the topic of best business practices for growth that will propel your company forward. See how to grow your business during uncertain times + much more. 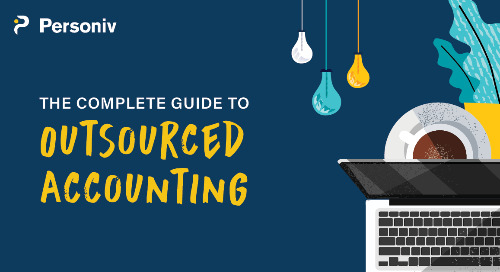 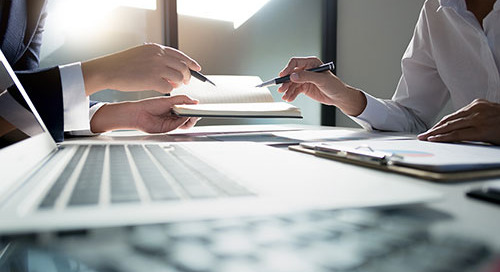 When it comes to corporate finance & accounting best practices, there’s a great deal to consider to drive company growth. Read on for advice on how to do so. 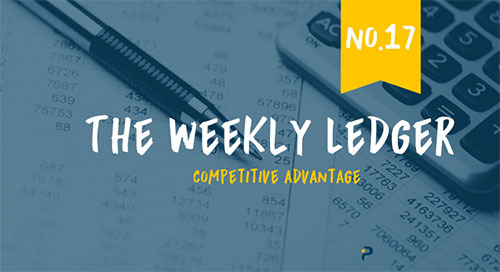 The Ledger No. 17: Competitive Advantage

On this week’s entry, we’re diving into the topic of competitive advantage and how getting in front of your competitors is what drives your business forward. Read on to see how to create your strategy 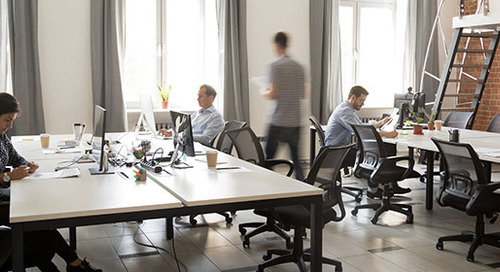 Leveraging Outsourcing As A Competitive Advantage

Outsourcing is a crucial way to boost your business’s bottom line in the short term, however, one of its main advantages is that outsourcing as a competitive advantage fuels sustainability and growth.